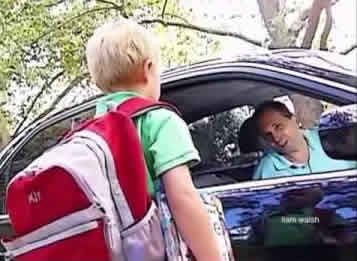 For those with young children, the idea of them being taken by a predator is always in the back of your mind.

There is a ton of advice out there that you can follow.  Some of it practical, but some not.

I want to give you one thing to teach your child.  One thing they should know to do before anything else.  You can still follow the other advice, just make sure your child knows this.

A common thing for a predator to do it to tell your child that they work with you, or know you from somewhere, and you asked them to pick them up and take them to you.  This is to disarm the child.  They may even say that you’ve been in an accident and they are supposed to take them to the hospital. This will obviously upset your child, making them more vulnerable.

No matter what, your child needs to be trained to ask one question before they go with any stranger…

Give your child a password or let them choose one.  Practice with them all the time until it becomes second nature.

Then when a predator tries to get them into the car, it will be an automatic response to ask for the password.

Tell them that the password is secret…just between them and you.  They should never tell anyone about the password.

The world can be a very evil place.  It would be nice if we didn’t have to expose children to such things. But, ignoring what is going on in the world, going on where you live, is not responsible parenting.

There is no way to protect your child without your child being aware of the danger.  To have the best chance of not being a victim, they need to participate in their own safety.

Children are strong and resilient. They can handle more than you think they can.  Let’s compare what you would expose your child to with what children in the 1950’s and early 1960’s were exposed to…Duck and Cover!

Children at school were taught that in case of a nuclear strike they were to duck under their desks. Not only that, many of their parents were building bomb shelters in the back yard.

This had to be scary for children.  But, they survived.  Your child will survive, too, if you prepare them for the evils that are out there.