Stun guns have been around for over 40 years and are the second most popular non-lethal self defense device after pepper spray.

The origin of the stun gun, the Taser, was developed by Jack Cover, a NASA researcher. He named it after his childhood hero Tom Swift (“Thomas A. Swift’s electric rifle”). The original Taser used gunpowder as its propellant. The modern ones use compressed gas.

Taser is a brand that is also used generically for all stun guns. The actual brand Taser propels two darts attached to wires that deliver 50,000 volts to the attacker. They can also be used as stun guns by touching the attacker.

Stun guns do not propel darts. You need to touch someone for them to be effective.

When stun gun first came out, they had 25,000 volts and could penetrate half an inch of clothing. Today, there are dozens of stun gun brands each touting various voltages. Some even getting ridiculous with claims of 53 Billion. The voltage increase on stun guns is a marketing ploy. This was done because the general public was ignorant about what made stun guns effective. They thought it was the voltage.

However, its not the voltage. The voltage carries the amperage. Its the amperage that delivers the pain. But, amperage isn’t as sexy as voltage and the amount of amperage is small. One amp will kill a person. The amperage necessary to inflict pain and repel an attacker is less than 5 milliamps and more than 3 mA.

5 milliamps will cause strong involuntary movements and can cause injuries. The stun guns I’m going to recommend to you will have between 4.5 and 4.9 milliamps. You can’t do better than that. I want you to have the most effective stun guns.

Below are 10 stun guns I highly recommend. 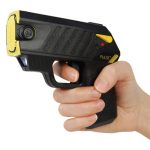 Without a doubt, this is the most effective stun gun on the market.

The TASER Pulse+ gives you the same technology used in the law enforcement Tasers. The Pulse+ connects with your cell phone using the Noonlight mobile app. With this app, emergency services are notified when the Taser is fired. When you pull the trigger, help is on the way using real-time GPS tracking.

The Pulse+ comes with a free trial for Noonlight. After that, its a paid subscription service. I think its only $2.99 a month. As long as the Pulse+ device is within range of your mobile phone, it will be connected.

Has a 15-foot shooting distance. 30-second muscular override gives you time to get away.
Uses CR123 batteries. 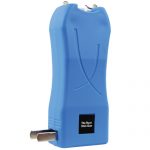 20,000,000 volt Rechargeable Runt has built-in retractable plug recharger, flashlight and wrist strap disable pin. With the RUNT coming in at 4.5 milliamps you can be sure that you are getting one of the strongest stun guns on the market.This is a newly designed unit that over delivers on power and is ergonomically design to hold in your hand. Lifetime warranty. 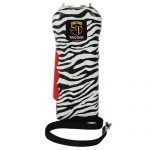 The Trigger 18,000,000 volt stun gun flashlight has wrist strap disable pin. It has a unique trigger design for easy operation. and lifetime warranty. It has a rubberized coating to ensure a nice, tight grip. Has super bright 100 lumen flashlight that will temporarily blind any attacker or it can be used as an everyday flashlight. The TRIGGER stun gun has 4.8 milliamps. Built in recharger prongs. The charge on the nickel-cadmium battery can last for up to 3 months depending on usage. The Trigger stun gun comes with a disabling pin wrist strap. Lifetime warranty. 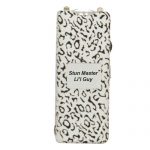 The Lil Guy stun gun is small in size but big in take down power. Its 12 million volts and 4.4 milliamps. Has a built-in retractable charger and a 120 Lumen LED flashlight. Rubberized coating for a non-slip grip. Has a lifetime manufacturer warranty. 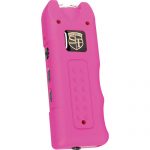 The MultiGuard delivers super powered protection with cutting edge micro-technology, 20 million volts and 4.9 milliamps. Featuring a super-loud siren to draw attention, you may defuse a dangerous situation before it begins! It has a blinding 120 Lumen LED flashlight and a rubberized coating for a better grip. Electrifying stun feature operates with flashlight or siren on. Built in charger and heavy duty nylon belt loop holster included. Has a lifetime manufacturer warranty. 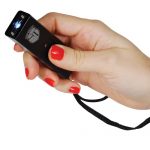 The Slider stun gun has 10 million volts and 4.9 milliamps. Comes with 80 Lumen LED flashlight, wrist strap, and made from the highest quality aircraft aluminum. The SLIDER features a quick charging mini-usb port and can be conveniently charged from most cell phone chargers. Includes charger, charging cord, and wrist strap. Has a lifetime manufacturer warranty. 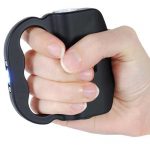 Talon has 18 Million volts and 4.7 milliamps. The Talon’s trigger is hidden by the palm of the hand, so just a quick squeeze of the stun gun fires the stun gun. It has a blinding 120 Lumens LED flashlight and a rubberized coating for a superb grip. The Talon comes with a charging cord to recharge the stun gun and flashlight. It uses nickel cadmium rechargeable batteries. Lifetime warranty. 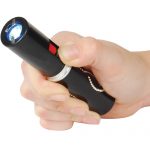 The Stun Master 3,000,000 volt lipstick stun gun with flashlight is secretly disguised in a decorative tube of lipstick and has 4.2 milliamps. Its small size makes this stun gun unique and super portable. It’s only 5” tall. Powered by a built-in rechargeable battery and includes an integrated charger. Under the cap there are 2 buttons: one for the bright 100 Lumen flashlight and one for the stun gun. 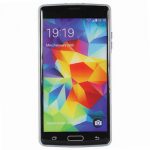 Has 12 million volts and 4.9 milliamps. Looks just like a smart phone. It also features an 80 Lumen LED flashlight. Includes belt clip leatherette case, wall charger, and a protective carrying case. The stun gun gives you the advantage of surprise. Has lifetime warranty. 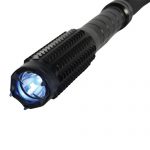 The Badass 20 Million volts and 4.9 milliamps stun baton is made of. It is also a 120 Lumen LED Super Bright Flashlight. It has a rubberized grip, belt clip and wrist strap. Its rechargeable. The Badass is almost 15 inches long and gives you a definite reach advantage. It’s also strong enough to be used as a club. Comes with Lifetime Warranty.